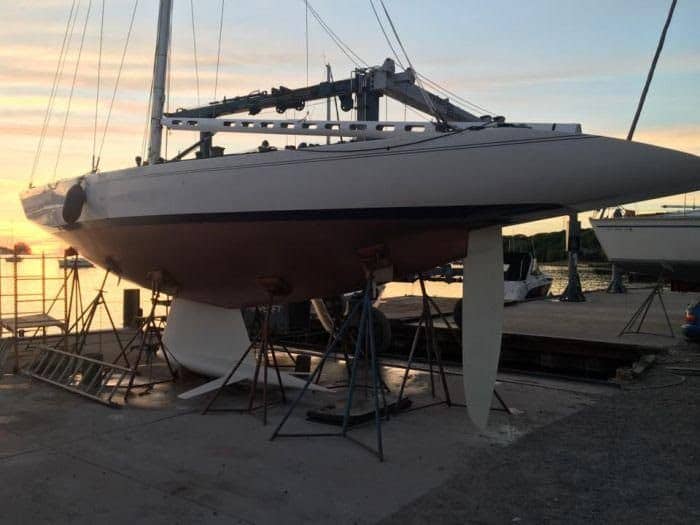 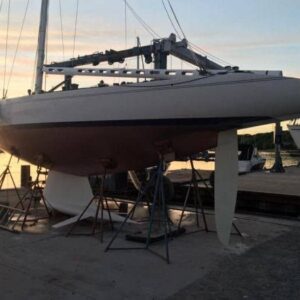 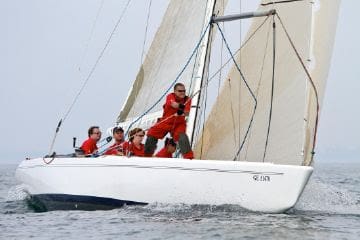 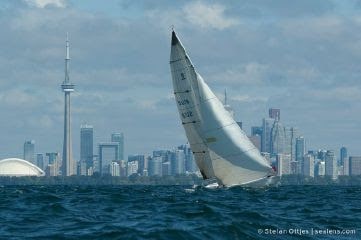 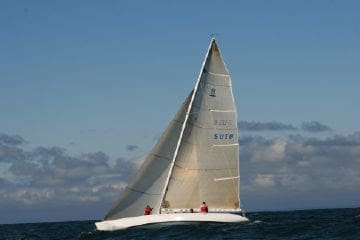 2015 – 3Di North mainsail has been used for one season

not used at all, still brand new

2016 – 6oz. North All Purpose spinnaker, used in two regattas only.

3 other spinnakers of various makes and years.

Seven Lewmar winches including a 55, a 46, 2×43, and various spare winch parts and handles

Three fibreglass rudders ( most recent  one designed by Russell Coutts )

and approximately 100’ of rode

International Eight Metre yachts are deemed to be a construction development class, meaning that the boats are not identical but are all designed to meet a specific measurement  formula, in this case The International rule. Before WW II, Eights were the most  prestigious international yacht racing class, and they are still raced around the world.

Eight metre does not refer to length of the boat, but is a product of the formula: 8mR

These boats are on average some 15 metres long. The “International Eight Register”

includes 177 existing boats of a total of approximately 500 boats built from 1907 until today.

The Eight Metre class was chosen to be in the Olympics for the 1908 Summer Games.

The Eights remained in the Olympics until 1936.

New, modern eights are built utilizing contemporary technology, at the rate of 1–3 boats

per year. The class has undergone a renaissance which has continued to this day,

with many old yachts restored or rebuilt to racing condition, and 8mR competition

is once again thriving with 25–35 boats participating annually at the 8mR Worlds.

The Company offers the details of this vessel in good faith but cannot guarantee or warrant the accuracy of this information nor warrant the condition of the vessel. A buyer should instruct his agents, or his surveyors, to investigate such details as the buyer desires validated. This vessel is offered subject to prior sale, price change, or withdrawal without notice.

*Note all prices are in CAD.